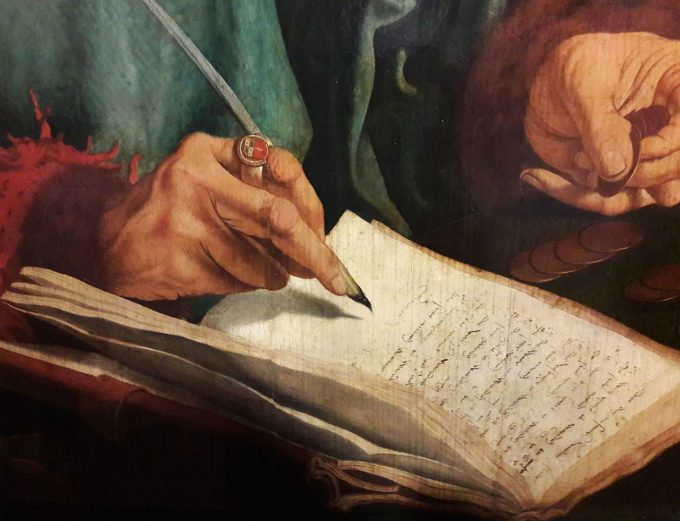 Here we will see the different forms in which this everyday tool, commonly called a “pen”, allows us to understand ourselves and communicateon a daily basis.

Throughout history, humans have used different mediums to express their emotions as well as their perception of reality and their environment. Witness to acts and changes, man has always used tools for this purpose.

So, we will explore which types of writing have been dotted throughout humanity’s history.

Definition: “Which is wedge-shaped.”

Cuneiform writing is a type of writing characterized by combinations of signs in the form of triangular impressions, carefully aligned and precisely spaced. This writing is found on clay tablets.

Man then wrote using “camales”, reeds cut into a point.

This type of writing comes from Mesopotamia.

Hieroglyphics are composed of ideograms and phonograms engraved with chisels and calames on stone or papyrus supports.

This writing originated in Egypt.

Definition: a graphic symbol representing a word or an idea. It is to be distinguished from pictograms or phonograms.

Ideograms first appeared in China, and can be found on turtle shells or farm animal bones that man carved into using a sharp point.

Definition: non-pictographic consonantal alphabet, ancestor of the Arabic and Greek alphabet. Composed of angular and straight letters, although we find cursive shapes today.

This alphabet was written on clay tablets or carved on stone with a chisel or a chalk. It was written from right to left.

It was found in the region of Phenicia around 1000 years BC.

A descendant of the Phenitian alphabet, it is made up of twenty-four letters. It is used today in the scientific field.

We find writings on wooden tablets coated with wax, papyrus and parchment made from animal skin. They used a calame to write.

Roman Cursive Script was written in Latin with a stylus on a tablet or with a brush or pointed nib on papyrus. We saw it appear through the Codex, which was a set of bound papyrus pages that could be considered as the ancestor of modern books.

Developed in the Medieval era (used in the Carolingian era)

Alphabet adapted from ancient Roman cursive, adapted from Codex. It was written with a quill pen (quill pen) on animal skin parchments.

Written with a quill pen on rag paper made from vegetable fibers, it was developed during the Renaissance first in Italy and then in Europe.

Petrache Poenaru was a Romanian engineer mathematician. He is responsible for the invention of the fountain pen which was patented in Paris in 1827. The fountain pen is based on the principle of capillaries which pass ink from contained in a reservoir onto paper. This invention made it possible to have the choice between using natural or synthetic feathers.

An invention of American origin but perfected and patented by the György brothers, a Hungarian journalist and chemist who enabled the development of this invention. They helped reduce manufacturing costs and increase tool reliability.

Writing tools have continued to evolve and improve over time. They have contributed to the democratization of writing throughout the world, making themselves a vector of human evolution, research and the evolution of technologies all while constantly evolving. The pen will remain the most significant tool in the history of thought.

3 thoughts on “Different types of writing and pens throughout history”